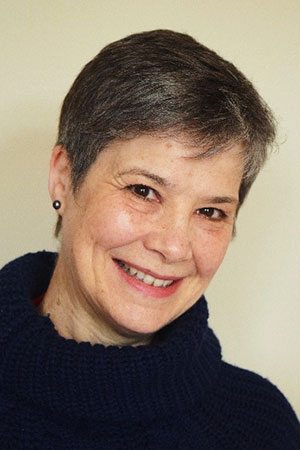 This photograph of Cate Sampson can be published without further permission. Click here for hi-res version.
Photo by Rachel Miles.

I live in London with my husband, son, two daughters and a cat. So far so normal. But until very recently we lived in Beijing. Our youngest daughter was only six months old when we moved the family there, and she left aged thirteen. To her, China is home and Britain is foreign. We all feel a bit as though we’re on a voyage of discovery.

I grew up mostly in Devon and the Midlands with my parents and brothers. Then, aged 18, I went to university to study Chinese, and a year later I went to China for the first time. When I said goodbye to my parents and boarded a plane bound for Shanghai, it was the first time I’d ever flown. About thirty of us from Leeds University arrived at Fudan University to a world where most Chinese we met regarded us with a mixture of envy and fear. Sometimes, in restaurants, we would find ourselves screened off, so that whatever terrible thing might happen if we mixed with the local Chinese did not happen.

This was 1981, just a few years after the end of the brutal Cultural Revolution and the Communist Party warned that dissolute ‘foreigners’ would lead the nation astray… In those days, the streets of Shanghai were gloomy and quiet at night, and the grand colonial buildings on the Bund were unlit and empty, as though they were sleeping. That year, I fell in love with Chinese food, skipped lessons, and hitchhiked with friends across the Gobi Desert (or at least, a tiny bit of it!). By the time we left, I was part of a family, Beijing was buzzing with commercial energy, the streets were clogged with traffic and the air was so thick with pollution that it shrouded the skyscrapers. Mercedes and Ferraris jostled for space on the highways, and pedestrians wore face masks to protect their lungs.

I wouldn’t have missed my China years for the world. But it’s fun to come back to Britain and look at it afresh. It’s exciting to come from a country where political discussion is quashed to one where the arguments are loud and messy. I like democracy. I feel at home in it. And most of all, it’s wonderful to live in a country where one can lift one’s eyes to the sky and see… the sky.