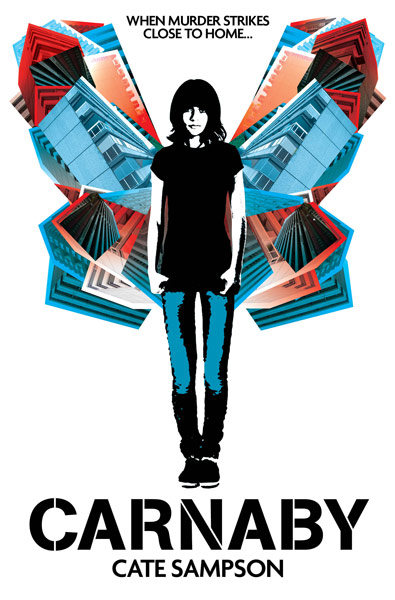 Sarah Carnaby has a tough life, but it suddenly gets a whole lot tougher when her mother is found murdered, her sister goes into labour and her new baby nephew is threatened with being taken into care. When another girl from the estate is found murdered, Sarah begins to look for a link between the deaths. But even when she’s called as a prosecution witness at the murder trial, Sarah’s not talking. Because if she does, she may never see her family again.

How I came to write Carnaby

One day, the librarian at my children’s school, asked me if I would write the opening to a story for the Write Path project. She explained that the opening of my story would be passed from student to student and that they would add to the story until it was complete. Oh yes, she said, and it should have dragons in it.

Of course I’ll do it, I said, and promptly forgot about it… until the day before the deadline, when I suddenly realized I was running out of time. Instead of thinking or planning or worrying, as I normally would, I just sat down to write for twenty minutes.

When I raised my head from the screen, I realized I had a thirteen or fourteen year old girl, and that she had a name, Sarah Carnaby, and that she lived just to the south of the River Thames in London. I knew she was brave but that she was in a great deal of trouble.

I forgot about the dragons altogether.

The opening was sent off to school, and the students added dragons to their story, and it took on a life of its own.

But Sarah stayed with me. A writer longs for a character to introduce herself out of nowhere, and here she was. I couldn’t turn my back on her.

I decided to write Sarah’s story myself. I’m afraid it still lacks dragons. Carnaby is not a story for young children, or even for young teenagers. It really is a story for young adults. It’s not about vocabulary or reading age. This book has no dragons, but it holds other, more disturbing terrors.