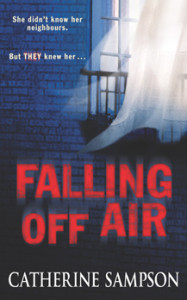 From the safety of her living room, her infant twins in bed and a storm raging outside, television reporter Robin Ballantyne is horrified to witness the death of her celebrity neighbour.

At first an innocent bystander, Robin is then pushed into the frame for suspected murder, while desperately clutching at her precarious family life and teetering reputation.

When tragedy moves even closer to home, Robin finds herself embroiled in a terrifying race against the clock to save her name, and her life. 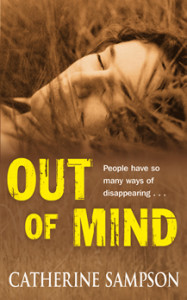 People have so many ways of disappearing…

Robin Ballantyne is directing a ‘missing persons’ series for the Corporation; a haunting project that will attempt the reconstruction of vanished lives. But when Robin enquires about missing colleague Melanie Jacobs, she is advised by a shadowy superior to leave the case alone.

Fearful for Melanie’s safety, Robin discreetly unravels her last known movements and is forced to juggle the investigation with the demands of her three-year-old twins, her criminal father and the increasingly secretive DCI Finney. But Robin’s questions are leading her into an unstable, conspiratorial world.

Can she stay in control and out of danger? 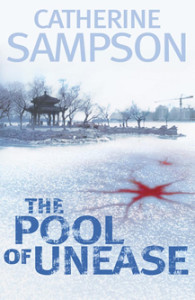 Robin Ballantyne is investigating the murder of a British man in Beijing. His headless body was found in woods by an icy, fetid lake - is his death linked to a recent series of brutal attacks on women? In a city thick with paranoia and corruption, Robin struggles to separate rumour from reality.

Meanwhile, late one freezing night, Chinese private investigator Song rescues a young boy from a fire on a building site. With witnesses appearing from the murky surrounds, bloody clothes on the ground but no body, and flames blazing around him, Song panics and flees through the woods - still clutching the boy.

From the smog of the capital to the poverty-stricken countryside, and from the mansions of millionaires to a disused quarry where the children of scavengers root among the rubbish, Song and Robin must unravel the truth behind the murders before they find themselves silenced - and before the killer can make another sinister move...

Shattering traditional preconceptions, The Pool of Unease is a gritty, fast-paced thriller that exposes the shadowy underbelly of modern China. 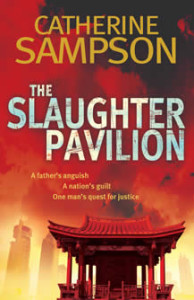 In Beijing, a man throws himself off the top of a building. Behind him, tied to an advertising hoarding, is a dead and frozen child.

Having earlier rejected the man's plea for help, Beijing private investigator Song (last seen in The Pool of Unease) has enough to deal with – Song's own father-in-law, soon to be tried on corruption charges, is found dead. Did he kill himself or was someone else involved?

But Song cannot forget the man and his frozen child. When he starts to investigate, he finds himself drawn into a web of evil that pits him against the corrupt and powerful. And in a country where justice is often for sale, can Song discover the truth before it is buried for good? 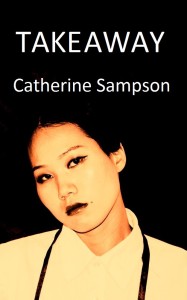 A short story featuring Detective Song Ren, an honourable man trying to navigate the murky depths of Beijing's dark underbelly. One day, in the sweltering heat of a Beijing summer, a young woman comes to the Sherlock Holmes Investigation Agency and pleads with Detective Song to help her. She claims that her own parents have poisoned her and sold her identity. Now she is on the run, accused of murder. Detective Song investigates, and uncovers a web of deception such as he has rarely seen... Detective Song Ren also features in two full length novels, The Pool of Unease, and The Slaughter Pavilion. Both are available in both print and as e-books.